Is Xanax an addicting drug? Can it cause an overdose?

What does it feel like to be on Xanax (alprazolam)?

Xanax is a brand name for the drug, alprazolam. It is in the family of similar drugs known as benzodiazepines. Xanax is prescribed by doctors to treat conditions such as anxiety disorders and panic disorder. The feeling of being on Xanax is a general feeling of being more relaxed. Symptoms of anxiety and related conditions, such as obsessive-compulsive disorder (OCD) or post-traumatic stress disorder (PTSD) are reduced. Some patients describe it as feeling that the rough edges of their lives are smoothed over. It is not necessarily a feeling of euphoria that comes with using drugs such as opiates, but simply a reduction of stress and anxiety. 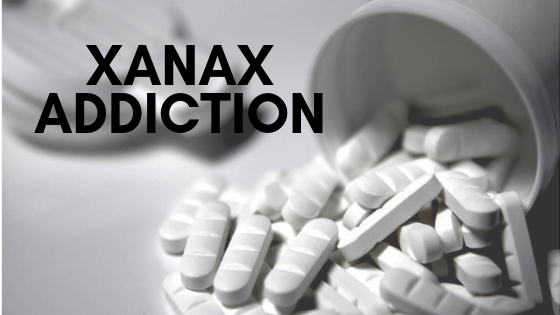 What happens if I take too much Xanax?

The side effects of Xanax abuse include drowsiness, slurred speech, amnesia (memory loss) and other adverse effects. While overdose is possible with Xanax, the risk of death due to respiratory depression is not as high as with the opiates and other drugs. If you do overdose on Xanax, you will likely experience side effects of rebound anxiety when it wears off.  The withdrawal symptoms that come with discontinuing long-term or high dose Xanax abuse, or the abuse of any benzodiazepine, can be severe. In fact, the withdrawal symptoms can even include dangerous seizures. The central nervous system response to having a benzodiazepine taken away after ongoing use can be significant.

Is it possible to become addicted to Alprazolam?

When it comes to substance abuse, Xanax abuse, and Xanax addiction are definitely possible. However, the risk of becoming addicted only to Xanax without a history of other drug addictions is relatively low. Alprazolam is a schedule 4 drug, meaning that the abuse potential is considered to be lower than many other controlled drugs. Yet, alprazolam happens to be the main secondary cause of drug overdose. This means that when a person overdoses on another drug, such as heroin, fentanyl, cocaine or methamphetamine, the most common secondary drug to be found in their system is alprazolam. This may be because of the powerful anxiety-reducing properties of Xanax. Other drugs, particularly stimulants, can cause a high level of anxiety and insomnia, particularly after extended use. When a drug user is ready to crash and get some rest, they may take Xanax to help them calm down. Some cocaine dealers even give a supply of Xanax to their customers with each cocaine order.

The dangers of Z-Bars.

Xanax is, in addition to being a legitimate prescription drug, is also a well-known street drug. On the streets, it is known by various names, such as xanibars or zanibars and Z-Bars. These names originate with the shape of the 2mg tablet, which is in the form of a thin rectangle, or bar. While the risk of overdose death with alprazolam itself is relatively low, when combined with other drugs in excess, the risk of Xanax overdose death goes up. This is particularly true of the combination of alprazolam and alcohol.

Is Xanax addiction really due to mental health patients using alprazolam to self-medicate?

There may be some truth to this. Benzodiazepine abuse alone is not all that common. Yet, there are people who take excessive amounts of the drug in an addictive manner. It is very likely that many people who have an issue with Xanax abuse also have undiagnosed or untreated mental health conditions, such as panic disorder or other anxiety disorders. Healthcare providers should consider the possibility of co-occurring psychiatric disorders when evaluating a patient for Xanax addiction.

Should Xanax and other benzos be taken off the market?

The entire class of benzodiazepines, including Valium, Klonipin,  Ativan, and others, have the potential for abuse. However, as with many prescription drugs that have abuse potential, alprazolam is still a useful medication when prescribed and taken properly.  In fact, they are very useful drugs when it comes to the treatment of conditions such as anxiety, panic attacks, and even muscle spasms and seizure disorders. When doctors prescribe benzos to patients, they should inform patients of their habit-forming nature and important drug interactions. Patients who are prescribed Xanax should be aware of the potential for Xanax withdrawal and the effects of the drug on the nervous system as a depressant. Patients who are in addiction treatment must be especially careful when prescribed any medication with abuse potential.