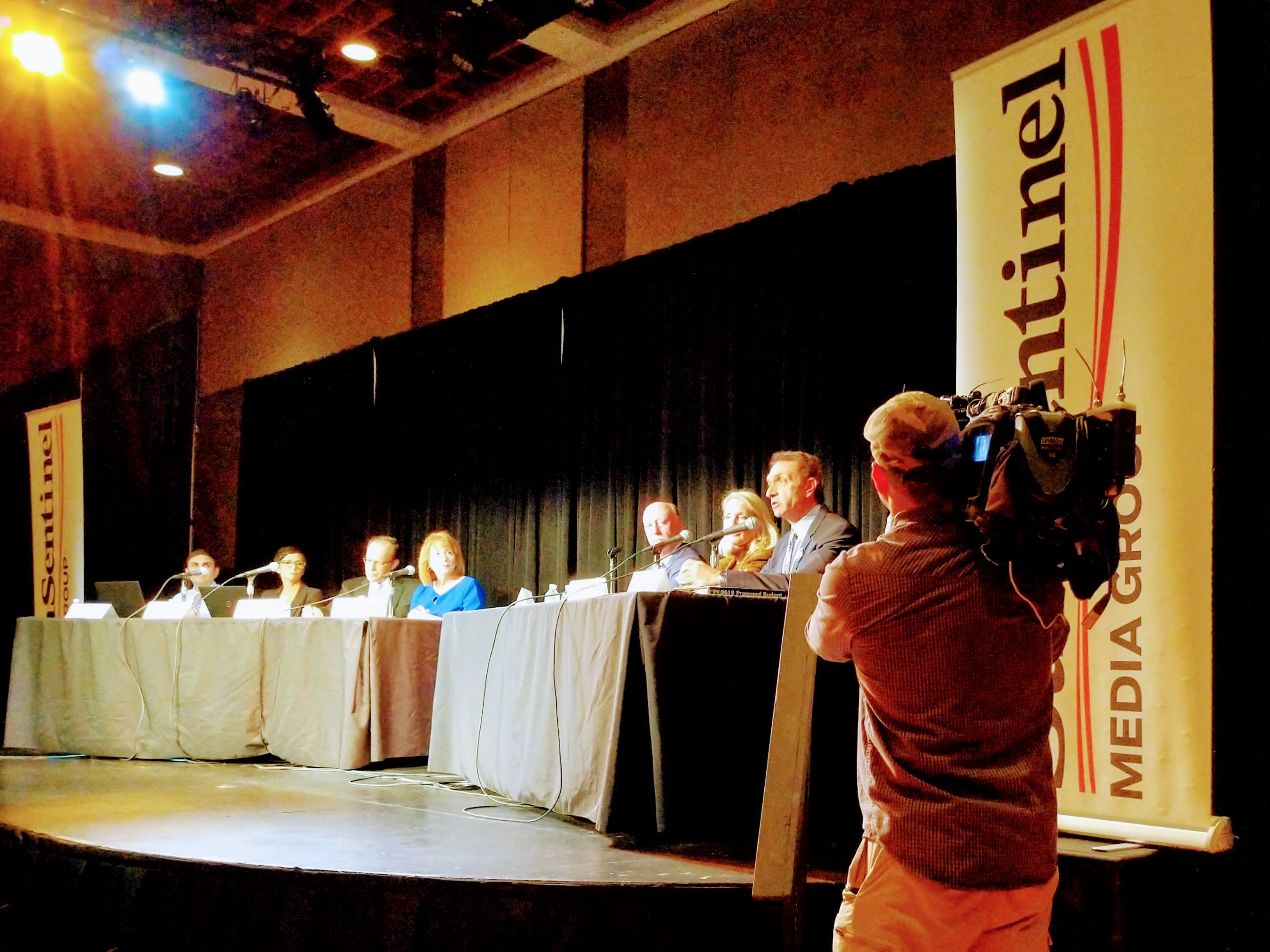 As a physician working in Fort Lauderdale, I believed that I should attend the debate for mayor of Fort Lauderdale. The debate was held in the Abdo New River Room at the Broward Center for the Performing Arts, Thursday evening, January 4th, 2018. I parked in the parking garage across the street and made my way over to the venue.

When I entered, I noticed that there were a lot of people with either big cameras, notepads or computers out. It seemed like the majority of the crowd might be journalists. On the stage, the moderators sat at their table, ready to go. The event was hosted by The Sun Sentinel newspaper.

I sat at the right side of the audience. I noticed that the candidates where waiting nearby to be introduced and go on stage. They were all well-dressed and seemed a bit nervous.

The debate itself was quick and entertaining. The candidates were timed and had to keep their statements and responses to ninety seconds. There were three candidates: Bruce Roberts, Charlotte Rodstrom and Dean Trantalis. All three candidates had excellent points on the issues. They discussed aging infrastructure, excessive new construction and other issues that would require strong leadership from the new mayor going forward.

I personally felt that Bruce Roberts stood out amongst the candidates as the best performer with the strongest message of leadership and experience. While the other candidates had valid criticisms of the status quo, I did not feel as strongly about their ability to do the job of mayor and be a leader in government for one of the best known cities in the world.

Regardless of the outcome, we will win

While I have my preference in the race, all three candidates appeared to be competent and well meaning. Each had a plan of action to address the issues faced by the city of Fort Lauderdale. I think that whoever wins this race, we will be just fine.

What was said about the opioid crisis in the debate

As a doctor who is dedicated to providing treatment for opiate and opioid dependence and addiction, my main reason for attending was to hear what the candidates had to say on this most important issue. Surprisingly, the topic never came up. Considering that The Sun Sentinel provided the debate questions and has also published many articles on our local drug crisis, I expected it to be a key topic. While there was much discussion of sewers and luxury condos, there was no mention at all of drug treatment. This could be because it is currently addressed at a county level and not by the city.

We must lead the way in providing drug addiction treatment

Even if the topic is not being discussed by the mayoral candidates, we, as members of the community, must work together to help those who are addicted get help. For example, to the north, in Palm Beach County, there is a pilot program providing free treatment and medication to uninsured patients. Fort Lauderdale should be part of this effort.

It is not too late

Even though the topic of drug treatment was not discussed at the debate, The Sun Sentinel is still taking questions for the candidates at their Facebook page. These questions will be presented to the candidates who will have the option to answer and explain their position on the issues. I encourage you to visit that page and submit questions on what the future mayor plans to do in providing better drug treatment options for the citizens of Fort Lauderdale.

White Knuckling On To Suboxone

Under the Tongue Absorption of Subutex Treatment in Fort Lauderdale